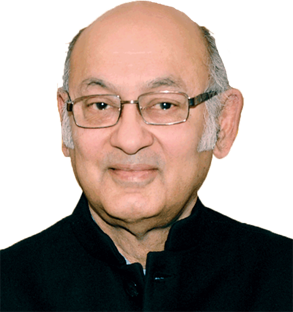 It is a matter of pride for me that I am writing this message for the official website of Arya Shiksha Mandal. Arya Shiksha Mandal is an epitome of the struggle, selfless efforts and unmatched sacrifices of Lala Devraj, Rai Bahadur Diwan Badri Das, Lala Karam Chand Bahri, Raizada Bhagat Ram Sondhi, Lala Achhru Ram Sehgal, Seth Bindraban Sondhi, Lala Jagan Nath Mittal, Sh. Virendra ,Lala Pyare Lal Kapoor and various other great souls who worked initially for women education and then for education for all sections of the society.

Kanya MahaVidyalaya was established in 1886 as a “Kanya Pathshala”. In 1897, a body was established named “Kanya Maha Vidhyalaya Mukhya Sabha”. In the year 1940, the committee planned to open a boy’s college in Jalandhar. This resulted in the establishment of Doaba College in 1941. In the efforts made for the establishment of Doaba College, the contribution of late Lala Bindraban Sondhi, cannot be forgotten, who donated thousands of rupees, and also collected a large donation for the institute. After lot of deliberations, all these noble people, Rai Bahadur Diwan Badridas ji, Mahashya Krishna ji, Mr. Vishambardas ji and Pandit Thakur Datta Vaidya, Amritdhara etc., decided to form a new organization named ‘Arya Shiksha Mandal’.

It is the rich legacy of these great visionaries that today “Arya Shiksha Mandal” is managing eight institutions with more than 10000 students, 500+ teachers and more than 1000 employees.  All these institutions are giving exemplary services in educational sector to all sections of the society. The core values of women empowerment, equality, selfless service to society and patriotism as established by our Founders are being inculcated in the students to make them responsible citizens of India. It is the result of the strenuous effort of each and every member that all these institutions are counted among the best institutions of the region.

This website will go a long way in providing information about the founders of Arya Shiksha Mandal, their selfless efforts and their line of thought through Internet to the future generations. This information will be a strong inspiration for future generations. Also this website will provide a single window access to all the institution being managed by Arya Shiksha Mandal and will disseminate news about their activities. I congratulate the team for coming up with this idea and developing this website.