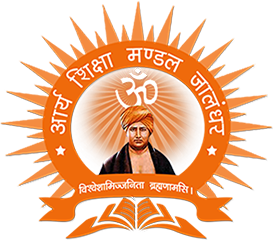 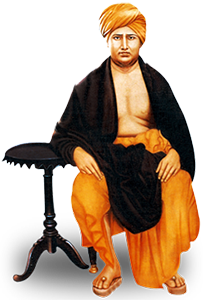 Kanya MahaVidyalaya was established in 1886 as a “Kanya Pathshala”. In 1897, a body was established named “Kanya Maha Vidhyalaya Mukhya Sabha” which was having representatives of Arya Pratinidhi Sabhas of Punjab, Uttar Pradesh, Rajasthan, erstwhile Bengal, Mumbai etc. as its members. Prof. Ramdev, Pt. Budhdev Vidyalankar, Acharya Priyavrat and other renowned scholars of Arya Samaj were also members of this Mukhya Sabha. In the year 1940, Diwan Badridas ji, Lala  Brindaban Ji Sondhi and Lala Achhru Ram ji, the office bearers of the ‘Kanya Maha Vidyalaya Mukhya Sabha’, the committee which was managing Kanya Maha Vidyalaya,  planned to open a boys’ college in Jalandhar. The biggest hurdle in this plan was that as per the constitution of the General House only institutions meant for the propagation and impartment of education to girls could be established, and it was also clearly mentioned that for education of the girls only the following types of institutions could be opened—

In order to overcome this constraint, an amendment was made on June 16, 1940 in the General assembly, and a new stream was added in which it was mentioned that-

“If the General House considers it appropriate, it can also establish educational institutions for boys.”

Accordingly, Doaba College was established in 1941. In the efforts made for the establishment of Doaba College, the contribution of late Lala Brindaben Sondhi ji, cannot be forgotten, who donated thousands of rupees, and also collected a large donation for the institute. Many institutions of the Gurukul faction of Arya samaj were opened in Punjab. Office bearers of Arya Pratinidhi Sabha, Punjab wanted to manage these under a separate organization and they wanted to bring the institutions in Jalandhar under a separate organization.

An internal executive body of Arya Pratnidhi Sabha, Punjab through a proposal, dated 06-05-44, took a decision that “This Sabha accepts the constitution of Arya Shiksha Mandal and orders individuals, societies and institutions associated with the Sabha to transfer the management (property subject to necessary/ appropriate decision) of the educational institutions to this Mandal. Such educational institutes managed by the Sabha (property subject to appropriate decision) should be run under this Shiksha Mandal.”

This proposal was presented by Pandit Bhimsen ji, Secretary during the meeting of the General House on 28-05-44 and it was unanimously decided that

It was unanimously decided by the executive committee of the Arya Pratinidhi Sabha through its resolution 3A that the objectives and principles of the Arya Shiksha Mandal are acceptable. Work should begin in accordance.’

In this way, Arya-Shiksha Mandal was established, and among its revered members were the President of Arya-Sarvdeshik-Sabha, President and secretaries of Arya Pratinidhi Sabha, Punjab, and Presidents of Arya Pratinidhi Sabhas of UP, Rajasthan, Bengal, Bombay, Hyderabad South, Sindh and Bihar were also made its members. In its constitution, aim to impart education in English, Science, Arts, Medical, Engineering and Ayurveda was also incorporated. The dream of founding-fathers, those who laid down the principles of Arya Shikha Mandal remained unrealized due to the death of Pandit Vishambardas ji, the changed policy of the office-bearers of Arya Pratinidhi Sabha, opposition of the local managements of the Arya educational institutions and partition of the country.

Doaba College and Kanya College readily came under the control of Arya Shiksha Mandal but rest of the Arya institutes did not deem it fit to do so.

Institutions from outside i.e. DAV High School, Gurgaon and  B.L.Vedic Girls High School Abohar affiliated themselves but their association was negligible. At present, the following institutions are under the Shiksha Mandal.

The elections of office-bearers of the Shiksha Mandal take place every three years.